On this episode of This Week in Linux, we’ve got some interesting and somewhat Rocky news for CentOS to talk about. There’s a new Flatpak App Store released this week called Souk. Linux Gaming news with Cyberpunk 2077 running on Linux thanks to Proton. We’ve also got many new releases this week from PAPPL 1.0, OpenRGB, Qt 6.0 toolkit, CRUX Linux, and QEMU. Then we’ll round out the show with some great deals from Humble Bundle. All that and much more coming up right now on Your Weekly Source for Linux GNews!

As part of this change to focus on CentOS Stream, Red Hat and CentOS project leadership want to hear from people directly about why specifically they choose CentOS Linux and how Red Hat Enterprise Linux or CentOS Stream could serve these use-cases. For this, they are asking people and companies who use CentOS heavily instead of RHEL to open up a dialogue with them by sending an email to centos-questions@redhat.com 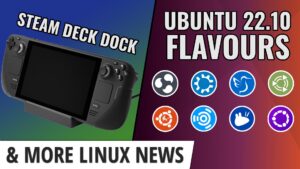